Balham Cycling Club took a step nearer to relaunching on its 120th anniversary when a group of South London cycling enthusiasts and a local historian with a cycling club blog but no bike, met last week for the first time to hatch plans to reform the club. Meeting in The Regent, Balham – the same pub where the club was formed by the then landlord George Huntley in 1897 – the discussion covered club rides, sportives, socials, a cool new kit and apparel and the small print on club insurance and third party liability.

Congratulating themselves on a good first get-together they vowed to make sure they got the cycling club cycling and not to slip into becoming a drinking club. They then closed the meeting and adjourned to the bar.

While the name of the BCC has been resurrected and was affiliated to British Cycling in 2016 the first ride is planned for January next year with an official launch party and ride in March.

The club which closed in 1979 has a rich heritage which includes a cycling manufacturing icon in Claud Butler, a world record holder in Albert Wills, Team GB star Basil Bragg and a legendary race in The Balham Rough Stuff. The town’s cycling heritage actually goes back to 1878. 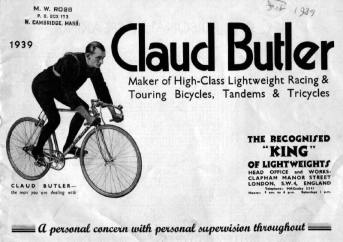 The new cycling club is founded on a love of the sport, keeping fit, fellowship and having some fun. And pubs and cafés. Lots of pubs and cafés. If you would like to know more email the club at balhamcyclingclub@btinternet.com we’d love to hear from you.