Balham Cycling Club rides again! The club that formed in 1897 but closed in 1979, has reformed and today headed out on its first club ride in 38 years.

200 yards down the road the group cycled passed The Regent Pub where landlord George Huntley formed the original club 120 years ago.

40 minutes later the group were enjoying the very picturesque surroundings of Richmond Park, looking stunning in the winter frost. 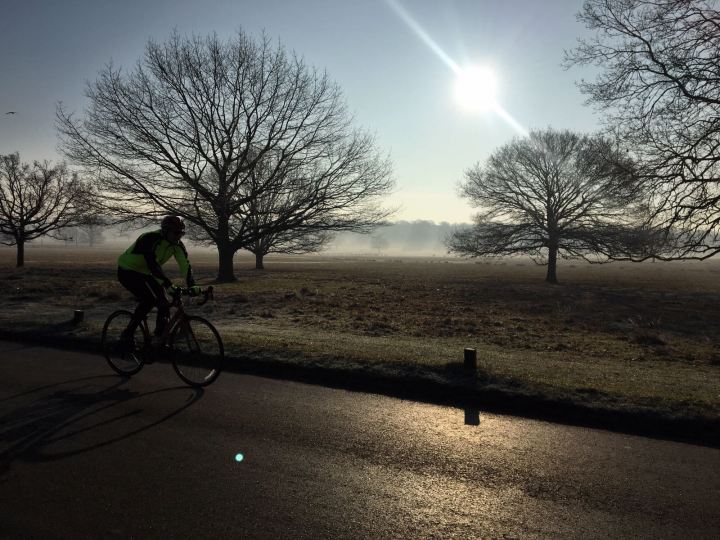 The ride marks a key moment in the reformed club’s history. Back in November 2015 I found a photograph in a battered old suitcase of my Great Uncle Harry in his Balham Cycling garb. I started to look into the old club and thought it would be fun to reform it. And here we are 13 months later!

The club has a rich heritage which includes a cycling manufacturing icon in Claud Butler, a world record holder in Albert Wills, Team GB star Basil Bragg and a legendary race in The Balham Rough Stuff. The town’s cycling heritage actually goes back to 1878.

The new cycling club is founded on a love of the sport, keeping fit, friendship and having some fun. And pubs and cafés. Lots of pubs and cafés. If this sounds like you we’d love to here from you. Contact us at balhamcyclingclub@btinternet.com 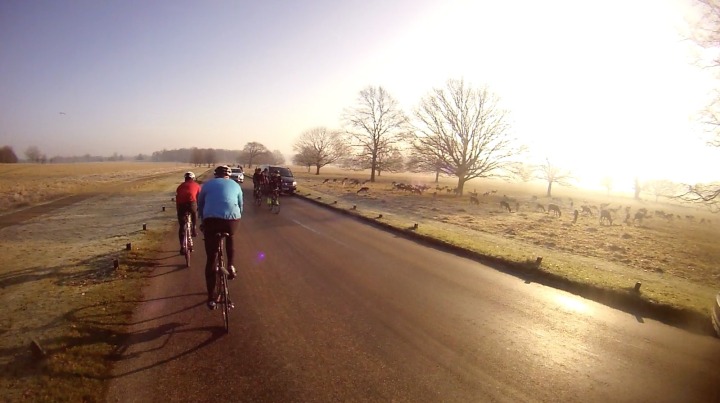 7 thoughts on “‘The Balham’ rides again on 120th anniversary”