Back in November 2015 I found a photograph of my Great Uncle Harry in his Balham Cycling Club garb. After some research, I thought it would be fun to reform the club and get out on a bike. Luckily some Balhamites also thought this a good idea and on 6 January 2017 we headed out on our first ride. Here’s a round-up of the year.

All about the Ride

In 2017, a total of 200 riders took part in 12 club social rides; we tried track riding at Herne Hill Velodrome; relaunched a legendary ride, had a BCC team in three sportives and also got out on some all-day rides to remember.

It all began with a ride around Richmond Park. 16 hardy South London cycling enthusiasts left the glamorous surroundings of Balham Sainsbury’s Car Park trying to ascertain which pillock decided to launch a club in a January cold snap. It was -6 degrees. But their was a buzz in the air – we were a cycling club!

Next up was a ride to Reigate Hill, which kicked off our now regular four-ride rotation of Reigate, Hill, Westerham, Biggin Hill and Box Hill, with two distances for each. We regularly had between 15-25 riders out in the Surrey and Kent countryside. At the risk of jinxing ourselves for 2018 we avoided rain on every ride!

The Spring Onion sportive was an early test for a brave few in March. 110km of undulating roads with great views and a keeper for the 2018 calendar.

As summer kicked-in we headed to the seaside. A wet start but the sun soon came out as two speed groups headed to Brighton (and for some…and back) taking in the infamous Ditchling Beacon and a most enjoyable wine estate café stop.

A week later and with the Prudential RideLondon – Surrey 100 and 46 looming for many, we organised a recce ride of the routes. The day itself marked the first time the new club was officially represented in a Sportive. Balham CC received four places through British Cycling and a large number of the club were also on the Queen Elizabeth Park start line in the club colours after getting lucky in the ballot. 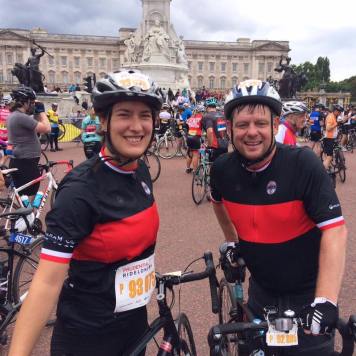 Balham CC turned out in force at another classic in October. The Ride of the Falling Leaves began with a lap of Herne Hill Velodrome (HHV) before rolling out through Kent and Surrey. A great day out and in the club calendar for 2018.

A track taster session at the HHV was another highlight of the year. For many it was a first taste of fixed wheel, single-speed, no brakes velodrome cycling. 14 club members took on the ‘fixie’ 2 hour session which included sessions on how to get on the thing, how to stop the thing, how to pedal the thing, and then how to do it all on a steep bank in a group on the unique 450metre track.

We also recreated the Balham Rough Stuff ride of legend. Using old race reports and the recollections of those on the scene when it met its demise in 1960, we pieced together a route and rode it once again. A self-guided ride rather than the Time Trial of old it was often ridden in the biting cold, rain and sometimes snow. 2017’s riders were treated to glorious sunshine with just a chill in the air. We’ll take that in November! 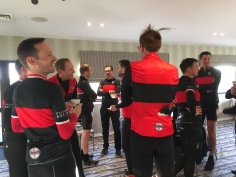 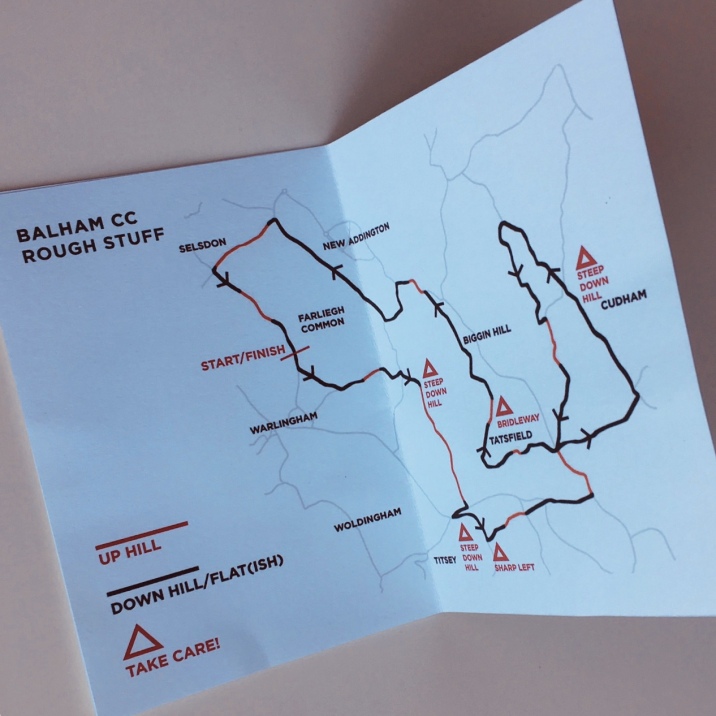 Out of the saddle

The social took the form of the once a month ‘Balham CC 2017 La Tournee des Bar’. The Devonshire, Regent, Grove and Lounge all had the pleasure of our company and that of Henrik and Buddy, two dogs owned by members adopted as club mascots as their evening walk often took in a detour to the BCC social. 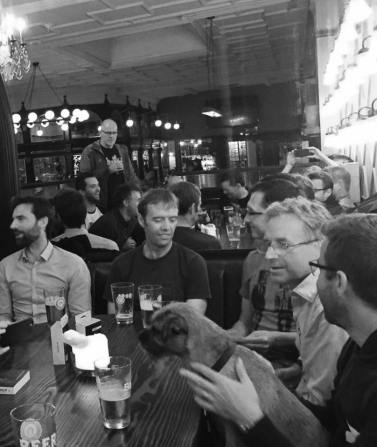 We launched the club membership scheme and in three months hit the 50 members mark. This highlighted some dubious sewing techniques as club members looked to sew on their members badges to kit and casual wear with varying degrees of success. 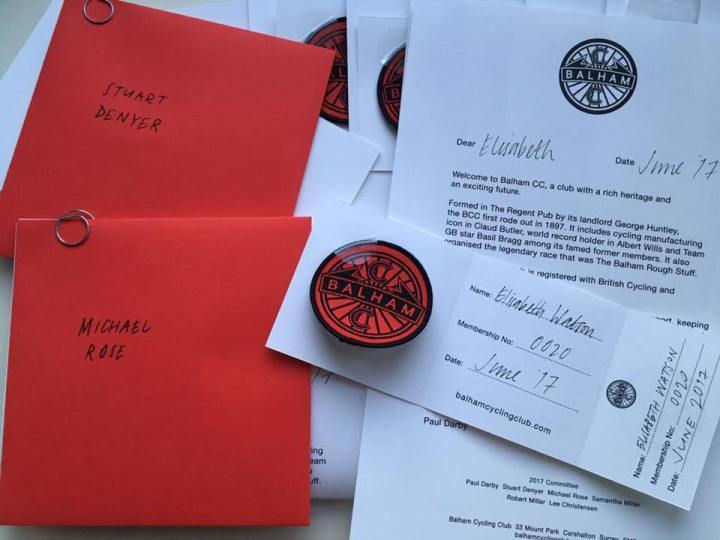 We wasted no time in getting kitted out, with the short-sleeved jersey launched in July closely followed by a long-sleeved jersey, a gilet and cap. The new kit is inspired by the club’s jersey designs of the 1940s and 50s and includes the original logo.

We didn’t completely abandon our efforts to unearth more of Balham CC’s history. We learned of the exploits of club rider Basil Bragg, we found reports of the club championships from the Edwardian era and dug deeper into the club’s most famous races – The Balham Rough Stuff and Balham 100. We expanded our memorabilia collection with a medal or two and a gorgeous club badge from the 1920s. We also uncovered more on Balham and its most famous resident Dan Leno and a Balham Cycling shop named after him.

People seemed to like our story. We hit 600 twitter followers (some of whom were not even bots or people trying to flog us stuff), the heritage blog has had over 12,000 views, the Facebook and Instagram pages are well viewed and we have 120 signed up for the Club Ebulletin. In November we launched our new dedicand Instated club website.

Balham CC also was featured in Issue 12 of Simpson CC magazine and the RideVelo Blog.

And that was our year from history blog to cycling club. Which was nice.

BCC is founded on a love of getting out on a bike, keeping fit, fellowship and having some fun. We also try and support the local community the best way we can whether through getting out at local events or spending our hard-earned pennies at the local independent pub/restaurant or bike shop.

If that sounds like you, then contact us and we’ll arrange to get you out on a social ride with us.

Have you or any family members got any club memorabilia from the Balham years? Email me at balhamcyclingclub@btinternet.com or drop me a line in the comments box. I would love to hear from you.