The quest to tell the story of the club took the largest of leaps recently when members of the old club raided lofts and cupboards to bring some cherished club memorabilia and heir looms to the club heritage night.

Stunning trophies, three dating back to the First World War; a presidential sash; a club jersey from the 60s; and an almost complete set of the Balham Club Newsletters from 1937-1955 were the stars of the show.

We’ll delve into the detail of some of these over forthcoming blogs but the full list is as follows:

The Huntley Cup  – Presented to the Balham Cycling Club by George R Huntley Esq. President 1914. Awarded to the member scoring highest number of points in road and track events 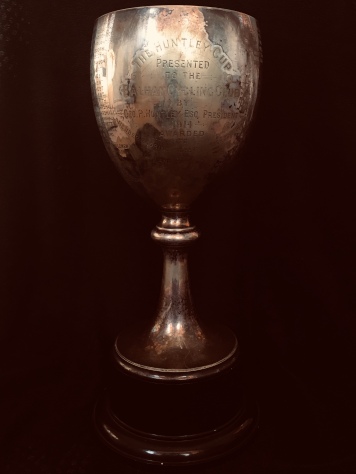 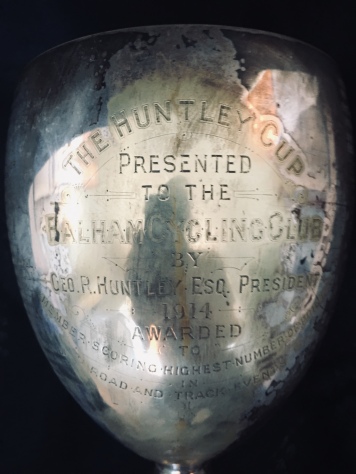 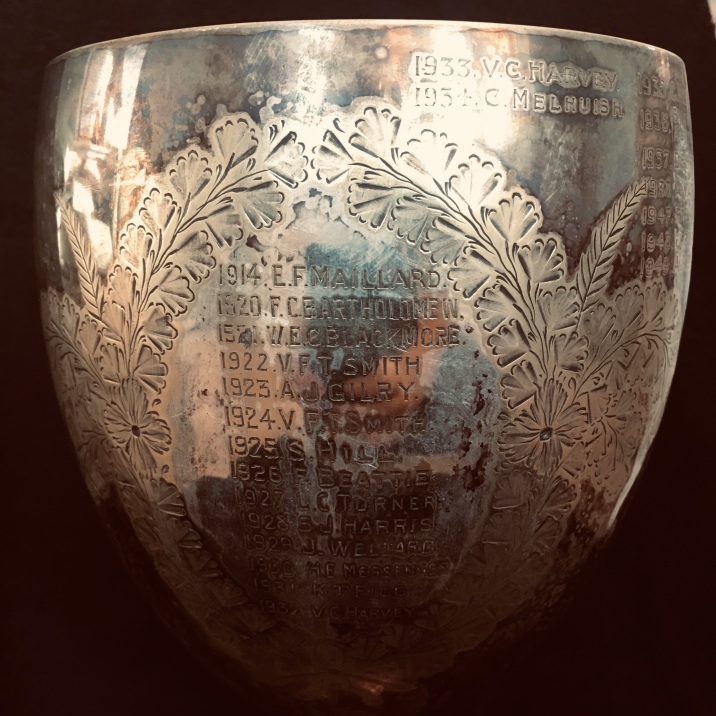 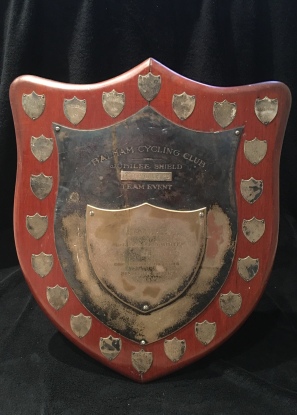 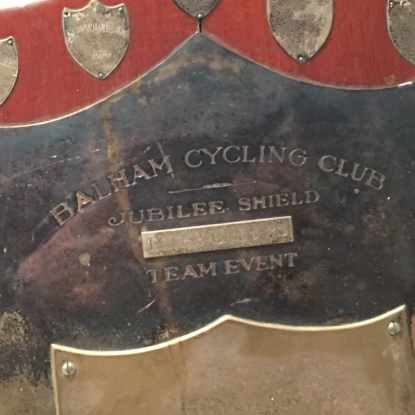 12 Hour Championship Cup – Presented to the club by Harry F Cusden in 1914. Awarded for most miles in 12hrs 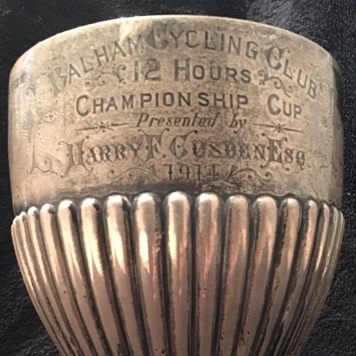 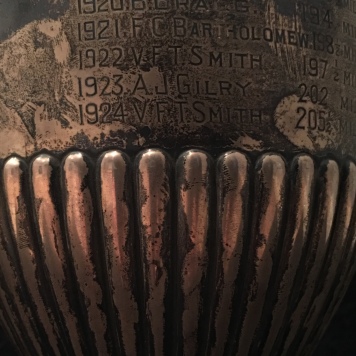 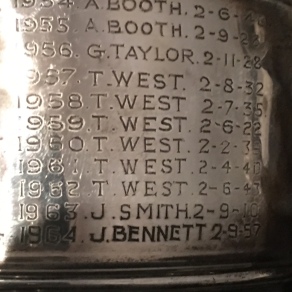 Dave Turner Trophy – Awared to the best track rider of the year. Presented to the club by ‘Farcolvan’ and first winner 1947 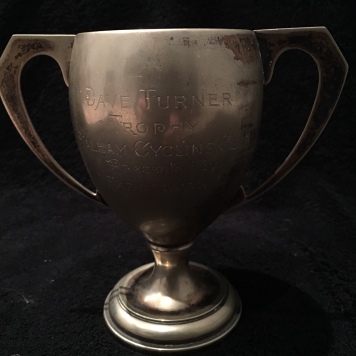 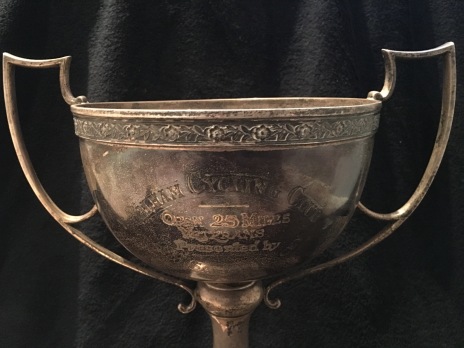 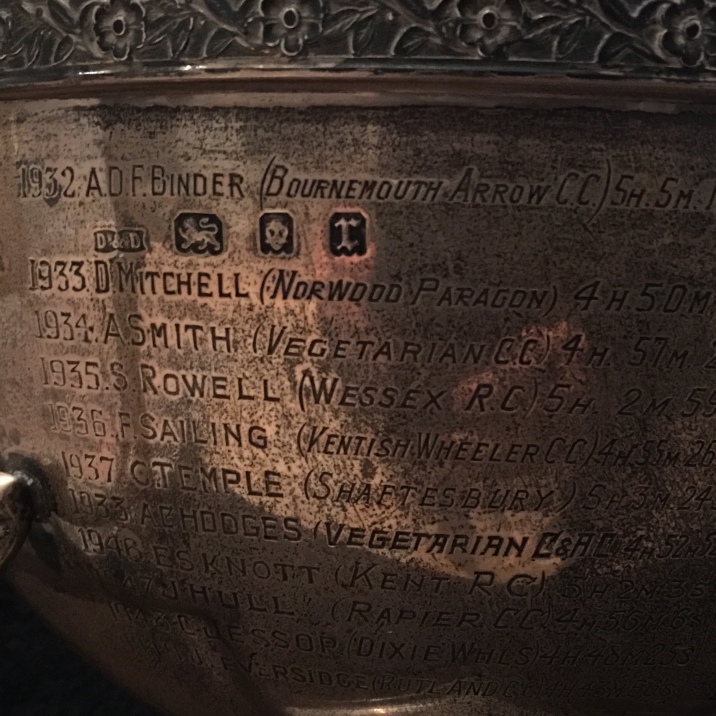 SSOS Cup – Presented to the club by F Syred. Stands for Society of Silly Old Sods!

Sir Alfred Butt Cup – Awarded to the club by Sir Alfred Butt. Aggregate Road Champions (3 distances). Sir Alfred Butt was a theatre impresario, horse race owner and breeder. The Local MP for Balham & Tooting 1922-1936, knighted for services to The Ministry of Food in WW1 and work for war charities, forced to resign from the commons after financial scandal

The Murrell Cup – Presented to the club by HE Murrell. Awarded to the winner of the Club 50 Mile Road Championship

For a project trying to piece together the history of a cycling club finds don’t come any bigger than 20 years worth of newsletters. Starting in July 1937 – unfortunately one of the few missing is the first – and ending in November 1955. Club results, the club during WW2 and rationing, club politics. All in 5 volumes. You had to pay extra on top of your subs for it back in the day!

Member Steve Booth throws some light on the design and this particular jersey: “I remember my dad racing in this design from the early 60s. I was given this jersey by an older member when I started racing in 1973 and wore it until the late 70s.”

The black stripes were judiciously placed so track riders would recognise team mates in the racing position. It was also pretty visible on the road. 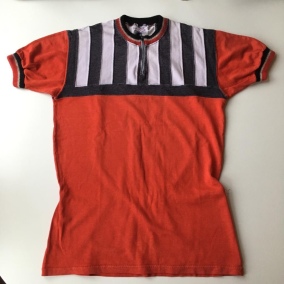 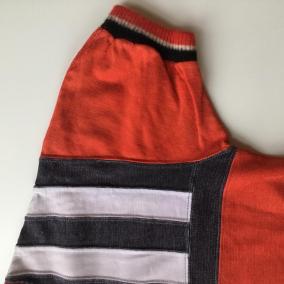 Do you have any information on the memorabilia above? Have you or any family members got any club memorabilia from the Balham years? Email me at balhamcyclingclub@btinternet.com or drop me a line in the comments box. I would love to hear from you.