Claud Butler is a familiar name to anyone with an interest in cycling. A bicycle dealer and frame-builder his cycles and tandems were used at the 1932 Los Angeles Olympics and numerous World Championships. From the late 20s the ‘CB’ marque came with a reputation for quality and for embracing the latest and best innovations.

Claud of the Manor

Claud was born on 14th July 1903 in Fulham and baptised at Immanuel Church Streatham Common on 23rd October 1904. At this time he is living at 6 Waldemar Avenue, Fulham Road, Fulham. In 1911 he was living with his family at 11 Gladstone Road, Wimbledon.

His father John thought his son would follow him into the silk trade but Claud had other ideas, as an extract from The Bicycle magazine published in 1952 reveals:

When [Claud’s] father thought him to be at work in the silk factory Claud was playing truant and was really at work in a small bicycle factory.

He was clearly hooked, “This was of far greater interest to me than the silk industry” Claud reflected.

Further extracts from the magazine give us our evidence of his connection to Balham Cycling Club and the surrounding area:

He joined Balham CC and took part in their social and race programme. He joined the staff of the Halford Cycle Company as a repairer. Later he became a salesman.

He noted the demand for bicycles, and the many to be repaired. And so on 28 February 1928, we find Mr Butler a 25 year-old ambitious young man opening a cycle shop at No 8 Lavender Road, Clapham Junction, London.

His gamble paid off. Business flourished, and sheer hard work, often keeping him up into the early hours of the morning, brought him success.

Branches began to spring up in London. His first was at Wandsworth, and visitors to East Hill to-day will still find the premises on their original 1930 site. [written in 1952 this line is still true in 2016 as the pic of Stratton Cycles below can testify]

Within 4 years Claud Butler depots had been firmly established in Lewisham, Haringey, Ealing, East Ham and Nottingham. In 1932 he moved to his present offices and factory premises in Clapham Manor Street.

Ideas, practical innovations, use of the latest machinery and equipment brought the “CB” bicycles well to the fore in the lightweight industry.

Claud was also very active in the industry as The Bicycle wrote:

Claud Butler was a founder member and former secretary of the Lightweight Manufacturers’ Association. He has world-wide associations with the club world and is patron, president or vice-president of nearly 60 clubs. 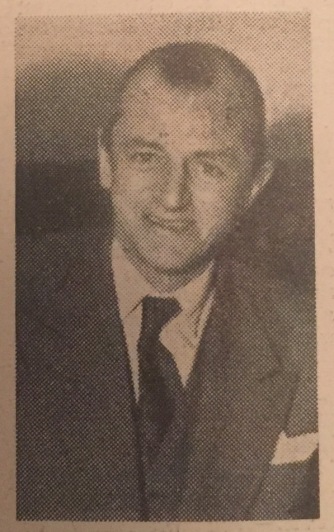 Ad from The Bicycle 1952. Dave and Derek rode CB bikes

And then, the wheels came off. His company was very successful in the inter-war era but World War 2 and the resultant boom in motorbuses and cars had a big impact on sales. Claud’s company went into receivership. Claud tried to make a comeback but to no avail.

The Claud Butler brand was bought from the receivers. Today they are produced by Falcon Cycles, a division of Tandem Group.

A number websites dedicated to the bikes and a lively trade on eBay is testament to how much Claud Butler bicycles are still revered.

The wonderful peeps at Wandsworth Library

Three great websites, recommended for an in-depth look especially on the bicycles

13 thoughts on “Butler serves Balham and makes Marque on Olympics”